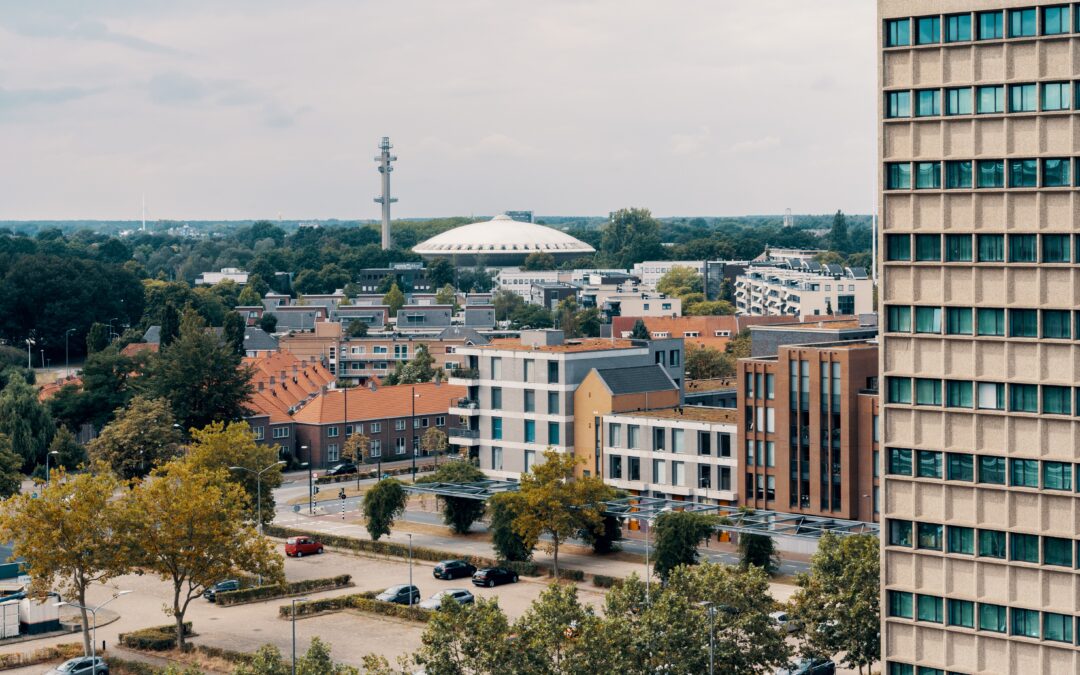 As a student, I cycled through a lot of neighborhoods in Eindhoven, because I did everything by bike and visit almost every member of the student association I was involved in. Which was a very good life, of course. The members were located all around Eindhoven and Nuenen and thinking about it now, it was the best way to start to know the city very well. And by doing this, I knew exactly where it was safe to cycle in the night. Even though the first year I lived in Veldhoven. That’s how I got to know the city in all its corners and after that time I barely got lost. It also helped me to feel more at home. But later on, I needed to learn it again by car. In a way, the city looks very different in the car. But that’s a completely different story.

If you want to know why Eindhoven can be a good place to live in, read this blog.

What is the best neighbourhood in Eindhoven to live as an expat?

That is an interesting question. In some interviews, I asked a lot of ex-pats what their wishes were. Some answered: we want to stay somewhere where the shops are within walking distance because we don’t bike or drive a car. Others wanted to be close to the rail station because they travelled a lot. Others loved to have a garden and the international school close by. First, you can ask yourself some questions:

– How much money do I want to spend? Of course, the centre is more expensive than some other parts.

– What type of house do I want? A century-old house, an eighties house or do I prefer a modern house?

– Do you want facilities close by?

– What is the working distance?

– Is the area I want to live considered as a safe area? Or how is the area doing and who is living here? (You can check “de buurtmonitor), but unfortunately, the website is in Dutch).

Some history about Eindhoven

To understand why Eindhoven is so diverse, first some history.

In the prehistory already people were living in and around Eindhoven. A lot of evidence is found and all documented. The city Eindhoven is mentioned for the first time around 1232 when it got “vrijheidsrechten”, freedom rights. After this time, the city grew. It had a market, which was very important for the trade. In the Middle Ages, there were wars going on and the city is destroyed and rebuild a few times.

The city began to grow again in the industrial revolution. A lot of companies specialized in textile and cigars were located in Eindhoven. The change came in the end of the 19th century when Philips came to Eindhoven and started the light bulb industry.

In 1920 other villages around Eindhoven were added to Eindhoven. Strijp, Gestel, Blaarthem, Stratum and Woensel. Eindhoven went from 6500 to 46.000 inhabitants. Philips built houses for their employees, which are still existing (Philips Dorp, Drentse Buurt etc.). Also DAF started to produce cars and trucks. In 1940 the population was more than doubled again.

In the second world war, Eindhoven was bombed terribly. Almost every house in the city centre was destroyed.  After that, the city is rebuilt again and gradually expended.

Everybody who has been to Eindhoven, has seen the lively modern centre and when you look well, you will see some old buildings too.

Lots of facilities are established here, like the library, town hall, train and bus station with very good connections, Design Academy and a lot more. A lot of people come from surrounding villages to Eindhoven for shopping their clothes. And afterwards they go to the market, where you can eat and drink whatever you like.

If you like to go out, you can take a look at “Stratumseind”. A whole street full of pubs and clubs.

Living in the centre is a good choice when you love a lively environment and travel a lot by public transport. The house prices are normally high here.

Woensel is the largest district of the city of Eindhoven, with many neighbourhoods and is situated north of the centre. Normally, when people ask: where do you live? You say something like Oud-Woensel, Woensel-West or Woensel-Noord.

In Oud-Woensel, the part that is located the closest to the city center, you will find a very multicultural community. It is very close to the TU/e and Fontys. It is not the safest area of Eindhoven. However, still safe if you compare it to other countries. The house prices are a bit lower than in the centre.

In Woensel-Noord you will find a lot of facilities. The bus connection to the centre is good, although sometimes you have to walk quite a distance depending on the area. In shopping centre Woensel you can find almost everything you need. There are big parks and wide streets with a lot of green trees. The house prices are reasonable in this area. Most houses are build there in the 1960s, 1970s and 1980s.

Woensel-West has had a transformation in the last years. It is still a multicultural place to live, but the area is in a much better condition now. If you want to live here, do your research well! You still will see a lot of difference between the streets and area’s. There is even a train station close by called Strijp-S.

In this neighbourhood of Eindhoven, you will find a lot of new houses, and a lot of ex-pats live there. There is a shopping centre. This area is surrounded by the highway and close to Son, where there is a large shopping mall for furniture. A lot of companies are situated here like Prodrive and Ikea. The area itself is calm with a lot of green surroundings. The house prices in this area are good.

Strijp is located at the west of the centre. The international school is situated here, and you will find a lot of almost new houses here.

Most of you will know Strijp-S, the most famous part where old Philips buildings are transformed into flats and places to work. It is famous for the Dutch Design. In this part, the house prices are pretty high and it’s a lively, international place to live. But Strijp is much bigger than that.

Meerhoven, a place many ex-pats live

Did you know Meerhoven is a part of Strijp? Until twenty years back, it belonged to Veldhoven. After it became Eindhoven, a lot of new houses were built here and nowadays, there is a large international community living here. The house prices are high and the facilities good. The primary school has classes for English-speaking children.  The airport is close by and by bus you travel in 15 minutes to the centre.

Here you will find the older characteristic part of Strijp. It has its own cosy marketplace with a small shopping centre and church. Always nice to see it. It’s a lively place, close to the centre.

I lived in Gestel for about 2,5 years. It’s a very multicultural part of Eindhoven and close to the High Tech Campus and ASML. There are a lot of social rental houses and the houses are not so big, generally speaking. If you want to live in this area: do your research well. The house prices are reasonable.

It’s an old part of the city, and you will find a lot of characteristic houses and villa’s here. It’s a green area, and you are very close to nature and the High Tech campus. In some areas, the houses are demolished and rebuild, like the “Kruidenbuurt”, where you will find other ex-pats living.

Also, an old part of Eindhoven. You will find villa areas, old little centres and social rental house areas. Tongelre is situated between two train tracks and close to DAF and the TU/e campus. In the past years, there has been a lot of activity here. House prices are reasonable here compared with the centre. Nature is close by, and Nuenen not far away.

Everyone is different. Every neighbourhood of Eindhoven is different. If you are looking for a house to buy, visit the area which you think fits you the most. Most expats live in the centre of Eindhoven, Meerhoven and Blixembosch. If you don’t have a clue, you can tour all around, for example by riding the “Lichtjesroute”. It is the road the Canadians and American drove when Eindhoven was delivered from the German’s in 1944. And you will learn more about the history too.

If you are about to buy a house, and are getting lost. We can help you. Please contact us, or download the checklist moving house for free here.